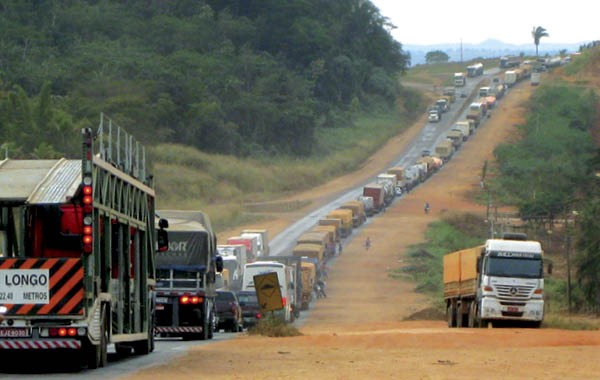 The ability to broadly provide infrastructure for its population is the basic premise for a country’s sustainable growth and economic development. There is a great consensus among scholars that infrastructure directly affects the development of a society (ABOSEDRA et al., 2009; MANDEL, 2008; FRISCHMANN, 2007; PENDSE, 1980). As used, the term infrastructure is very broad, since it may involve several activities that are distinguished depending on their economic and technological nature.

Notwithstanding, for a better development of this discussion, we adopt the World Bank (1994) definition of the term infrastructure, which is divided into three categories:

The infrastructure sector has specific characteristics that differentiate it significantly from other sectors of the economy. It is generally a sector with stable demand, significant investments and long-term returns, where businesses are monopolistic in nature and exposed to strong government regulation. It is an industry that can undergo strong government intervention, which increases the political and regulatory risks involved in the business.

Brazil´s infrastructure problems are regularly highlighted by the media and known by every citizen. In its September 28th 2013 edition, The Economist magazine reported on Brazil’s economic problems and pointing to the lack of infrastructure as the main reason. The magazine affirmed for instance that Brazilian farmers would pay 25% of the sale price of their soy to bring it to port, while Iowa farmers spend only 9%. According to the World Economic Forum, Brazilian infrastructure is ranked at 76th out of 144 countries, positioned between Sri Lanka and Serbia. And the problem is far from being solved, since Brazil invests only 1.5% of its GDP in infrastructure, while it should be investing 3 times that, according to the McKinsey Global Institute.

Compounding these problems, the money set aside for infrastructural improvements is often allocated and spent inefficiently. For instance, although airports play a key role on the development of a country, the Federal Government, between 2007 and 2010, managed to spend only 800 million Brazilian Reais, out of the 3 billion it had planned to invest in these crucial spaces. Faced with this problem, the Government decided to suddenly grant private companies the concessions for these airports so that they would implement the improvements. Because of the rush and related problems in the modeling of the project, the concession had to be redone several times.

Brazil´s infrastructure issue is partially caused by the sharp drop in public investment in infrastructure in the 1980s. This drop has compromised industrial growth, while the very scale of the problem has made it impossible for the public sector to reverse. The high public debt and the fiscal crisis in the early 1990s constrained funding even more for those agencies tasked with infrastructural development, restricting their ability to build, even when those companies were able to directly get financing through the market (FERREIRA, 2000). The response was to transfer this role to the private sector, which could make such investments without putting the State at greater fiscal risk.

But privatizing infrastructure has problems of its own. Although there were many new infrastructure projects in Brazil in the last decade, through concessions and Public Private Partnerships – PPPs, there is still a large difficulty involving the quality of the infrastructure and the services provided. The bidding processes are very inefficient and the contracts are susceptible to opportunistic renegotiation, moral hazard, delay, and information asymmetry, among other problems. According to a study made by the World Bank in the early 2000’s, 41 percent of infrastructure concessions in Latin America and the Caribbean had been renegotiated (with an average interval of 2 years from the day of the contract signing). Such high level of renegotiation in early stages of the contract suggests opportunistic behavior by the operator or by the government, which damages the efficiency of the bidding process.

The private partner encounters the insecurity of governmental regulation as additional risk. Hence, its response to the high risk of a contract is the increase of the price charged from the public partner, in order to cover that risk. Stable regulation and transparent rules would help reduce that risk. Besides that, regulation can help to improve performance, add efficiency gains and lower tariffs for the final user of the service, while the firms still earn a fair return for their investments. Improving these kinds of contracts will (a) grant that the private investor will be protected against arbitrary and politically motivated intervention from the government, (b) protect the users from the abuse of the monopoly or dominant position of the new private operators, (c) protect the government from opportunistic behavior by the private partner, such as “hold up”, unneeded renegotiation, regulatory capture, etc., and (d) avoid sudden change of the contract every time the Government changes its priorities due to elections and politics.

Also, improving the design of concessions and PPPs will increase the efficiency of these long-term contracts, increasing compliance with the targets set when the contract is signed. From the international best practices on the subject, notably those recommended by the Standardization of PFI Contracts, from the Department of the British Treasury, good design requires: (i) a clear definition of the terms of the contract and other documents, including the treatment of assets, investment indicators, procedures, penalties, etc, to avoid any ambiguity; (ii) establishment of a policy of no renegotiation, defining triggers for renegotiation; (iii) estimates of the private operator compensation in cases of unilateral changes; (iv ) a mechanisms to inhibit incongruous bids; (v) bringing a third party to assist in the fair analysis of the processes of renegotiation; (vi) efficient mechanisms of regulation, shielded from external opportunistic interference.

The Industry Development Department (MDIC) of Brazil forecasts a great amount of concessions to be granted in the near future: 7,500 km of toll roads, 10.000 km of railways, contracts for port terminals, housing, among others. Such works are of extreme importance to unlock the growth of the country, but it is crucial to overcome the problems that have prevented the country from achieving more on the field of infrastructure. The best practices adopted by other countries make an essential lesson for the Brazilian government.

Eloy Oliveira is a Brazilian lawyer and Master of Public Administration candidate at Columbia University.