Brazil has been going through a lot lately: an impeachment process, a corruption scandal and an economic crisis that has plunged Brazilian GDP by 3.8 percent in 2015. Worldwide, a number of newspapers and TV channels have been discussing the crisis and its negative consequences for the country. Media outlets have mentioned the possible effects the crisis may have on Brazilian democracy, on the future economy, on investments, and on many other areas and sectors.

Nobody, however, seems to be accounting for the consequences that all these developments will have on one particularly vulnerable group: the Brazilian youth. Young Brazilians will be the ones dealing with the mess left behind. In five or ten years, they will be handling the future of the country. Policy-makers, however, do not seem to be taking any actions to offset the devastating effects of the crisis on youth – which are already affecting the most different spheres of their lives.

Cuts in Spending with Education

An even more startling sector that has been suffering is education. The education of young Brazilians has also been hindered by the strong cuts in public spending. Alarmingly, when the government faced budget constraints, the Ministry of Education was one of the ministries that underwent the largest cuts, of BRL 1.3 billion[3].

This led to negative impacts on programs directed to youth, specially for those currently pursuing their undergraduate degrees. Newly imposed restrictions and on FIES, a government-sponsored lending program for low-income students, has led numerous students to drop out of their studies or to fall into large debt[4]. Science Without Borders, the government’s public exchange program, also faced serious funding restrictions[5], which meant that not only milliards of vacancies were closed, but also that students who were already placed abroad started experiencing serious payment delays[6].

The scary truth is that these two fronts result in an entire generation being affected – Brazil is raising young people without professional or educational opportunities. A situation like this has long-lasting effects in a country’s development: economists have gone as far as calling this generation “the lost generation”, since damages caused in young Brazilians’ careers at this early stage might affect their entire professional life, lasting up to 40 years[7]. 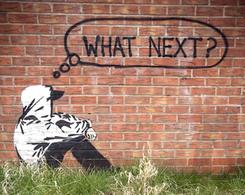 Furthermore, there is one more inextricable characteristic in Brazil’s youth nowadays that makes the country’s future ever more dim. Youth today are experiencing a strong political radicalization, which has generated offensive debates in social media and other platforms. There is also a manifested rejection of political roles and apathy towards political and community involvement.

There are two worrying elements that contribute to that – both of which feed each other, creating a vicious cycle of political and societal harm. First of all, young Brazilians do not have leaders that inspire them.. Brazil has outdated politicians, in an outdated system, with outdated ideas. The last broadly supported national leader was the former president, Luiz Inacio Lula da Silva, who left office with 80% approval rates[8]. Lula, nevertheless, was recently held for questioning, and is currently facing accusations of being involved in one of the largest corruption scandal of Brazilian history[9]. Other than him, hardly any new leaderships have come to the Brazilian scenery in the last decades: it becomes clear that Brazil lacks renovation in its politics.

What is, then, keeping younger generations from entering politics? There are a number of factors, but an overwhelmingly contributing one might be the lack of civic education. Brazil’s political system is extremely complicated and full of intricacies, and it is neither taught, nor debated in schools. Debate and critical thinking, by itself, is a skill that is hardly included in schools’ or universities’ curriculums. The only exposure that young Brazilians have daily to political knowledge comes from superficial media coverage of scandals and family discussions – which often are a product of the same politically shallow culture. This has deep and long-lasting effects on how youth understands politics.

Some sparse but important projects have been created to address this, mostly still in their nascent stages. Mobis, a social venture started in 2015, is one of these examples[10]. “The lack of knowledge about political institutions leads to the lack of dialogue among youth, and the consequent radicalization” said Diana Gerbase, founder of Mobis. “Moreover, the typical young Brazilian is frustrated: he often feels as if he has no importance in society. That is why I started Mobis: we aim at bringing knowledge, abilities and inspiration for youth to act in the political arena”.

Another significant example is the Network of Political Action for Sustainability (RAPS, in Portuguese). The network was created in 2012 with the intent of fostering young leaderships for sustainable development in politics. They have a number of programs directed to youth that include mentoring, project development and several dialogues with experts and politicians. RAPS has grown considerably in the last years, and has as part of their network some of the few politicians untainted by corruption scandals, such as Ricardo Young and Eduardo Jorge[11].

Projects like these are extremely necessary, and represent an important step towards inclusion and capacitation of young Brazilians. Unfortunately, they do not seem to be enough. The overwhelming reality is that Brazilian public policy still overlooks youth as a whole, and that this new generation is far from understanding or willing to enter politics. The ongoing political crisis has only exacerbated such characteristics and shown long-standing structural problems.

A protracted and long-lasting mistake

The consequences of this neglect are serious. By stealing professional and educational opportunities from its youth, and preventing them from the inspiration of good leaders and the possibility of creating change, Brazil is shooting itself on the foot. No development can be successful without an inspired generation, and if nothing is done to change the current state of affairs, the country will feel the effects of these five years of crisis for decades to come.

I am still hopeful, though, and I beg the ones involved in decision-making, the third sector, and the private sector: Please, let us save our youth, and let us pay attention to them by including them, by fostering younger politicians, by directing policies and programs towards them. It is our country’s future is, after all, that is at stake here.

[2] IBGE. (n.d.). Retrieved May 01, 2016, from http://www.ibge.gov.br/home/estatistica/indicadores/trabalhoerendimento/pme/pmemet2.shtm