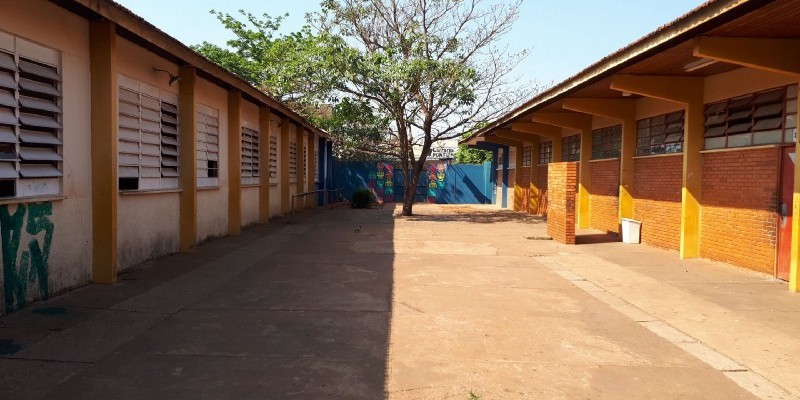 This article is part of Brazil Talk’s 2018 Elections Series  and is intended to give our readers a deeper understanding of the Brazilian political system, its complex electoral process and gather diverse perspectives and opinions on what the world should expect from Brazil in the upcoming months and the future of the country at the beginning of 2019.

This year, when I finished teaching my last class of the semester in Campo Grande, a city in the state of Mato Grosso do Sul, midwest region of Brazil, I left the school noticing a certain anxiety from students and fellow teachers, not knowing whom to vote for in the next presidential and regional elections this coming October. Despite all the recent corruption scandals involving politicians (e.g., Operation Car Wash) and general discouragement, exercising our right and duty to vote is still one of the tools that allow us to affect change. In this article, I wish to present some of the challenges faced in the public school system and possible solutions on how to overcome them, all of which will demand political action.

Education has a long way from becoming a national priority, despite its capacity of reducing inequalities since there is a direct relationship between years of study and an increase in productivity and income. Assuming its importance is urgent for the country has enormous issues to solve such as an unemployment rate of 12.4% (13 million workers); over 57.000 murders a year (28.5 per 100.000 inhabitants) and a social inequality (51,3 on the GINI Index) that persists since 1960, even with the implementation of public policies aimed at distributing income and fighting hunger (e.g., Bolsa Família Program). In addition, looking at the political landscape also makes Brazilians realize the complexity of the current scenario.

In a country as plural as Brazil, our Congress has a worrisome composition of mainly white men, averaging 58 years old, and a low representation of women and minorities among the political leaders. Women make up only 10% of the House of Representatives and 16% of the Senate. In Brazil, voting is compulsory for citizens 18 years and above, and optional for those between 16 and 18 years old or older than 70. Therefore, promoting opportunities for political participation in school is especially relevant in a country marked by extremes in income levels and opportunities.

Nowadays, as a teacher, I have the privilege of participating in the guidance of young people from public schools who have the potential of achieving the same level of proficiency as the most brilliant minds in the world. However, a significant portion of those who complete primary education in Brazil can’t understand basic information in a world that is ever more complex, interconnected and digital. Around 27% of Brazilians between 15 and 60 years are functionally illiterate, being able to deal only with short and elementary texts. Our students currently rank 66th in Mathematics in the PISA ranking (2015), the primary evaluation of educational systems, behind countries such as Trinidad and Tobago and Moldavia, nations much poorer than ours.

Standardized tests are of great importance, but as a teacher myself, I often wonder if the current educational system in Brazil can develop our students’ non-cognitive competencies. The debate has become more present since the approval of an unprecedented National Common Curriculum Base (BNCC) in 2018. The guide stresses the rights of apprenticeship and the competencies and abilities that students throughout the country should develop during each school year- reinforcing the idea that learning mathematics and Portuguese are just as important as forming resilient, creative, communicative human beings that are capable of working together. In a world where the ability to solve problems and challenges will be more required than ever, remaining with a fragmented and decontextualized teaching in schools may end up privileging wealthier kids who have the conditions to pay for extra-curricular activities that boost such skills, which could considerably contribute to increasing inequality of opportunities for these kids in the future.

Brazil invests in public universities like European countries; however, the investment that goes into primary school is only half the average amount of OECD countries, once again increasing socioeconomic inequalities through an inefficient college admissions system. Those students who were born among the 25% most impoverished Brazilians have less than 7% chance of attending college, while the 25% richest have a 41% chance, a rate closer to those of developed countries such as Finland and Australia. My desire to be closer to the Brazilians who face this inequality daily was the reason why I decided to become a teacher in the first place.

Coming from a business background, I began my trajectory in the public education system two years ago through Ensina Brasil, an organization whose mission is to guarantee that “every child has a quality education.” Their program forms a network of people who want to lead changes in the country’s education and is linked to the American “Teach for All”. Having completed all my education in private institutions, I had until recently ignored that the vision of guaranteeing a quality education for all, however inspiring, is not enough to attract young professionals to an increasingly challenging and less attractive career.

Recent research shows that less than 3% of young Brazilians wish to become teachers, which evidence the lack of prestige of the teaching career. Furthermore, of the existing teaching body, a very small number come from the best universities in the country. In addition, 49% of the teachers don’t recommend their profession: they are overworked and underpaid (a secondary education teacher earns on average US$ 928 per month), and they lack opportunities to continue educating themselves. How can we expect improvement in the learning process if one of the main actors is not recognized by society (and the market) anymore?

In the coming elections, all of us should be thinking about how can local and state governments advance the supply of a quality education where the demand for professors is high, but their geographic distribution is unequal. How can those who obtained a quality education find enough incentives (moral, intellectual or financial) to become teachers and support the rest of the population in their journey as citizens? Given the low appreciation teachers in the country receive, as of now, individuals, families, entrepreneurs, and governments do not recognize education as one of the most important tools in reducing poverty. In 2018, Brazil risks going back to the Hunger Map since there are currently more than 14 million Brazilians (7% of the population) living with less than $ 1.5 per capita a day.

In order to change this scenario, the 13 presidential candidates will need to face this enormous challenge head-on. Currently, the responsibilities in Education are shared between the Federal government (Higher Education), State government (High School) and municipalities (Middle and Elementary school), making the allocation of resources and the cost per student in the different stages in the educational system a complicated matter. The three crucial points for the coming years are the implementation of the National Common Curriculum Base (BNCC), the reform of secondary education and the urgent reformulation of the teachers training policy.

Regarding BNCC, the challenge lies in reworking the State and Municipal curricula in the face of the new national guidelines. The Middle School reform has received little public support so far. It needs to gain legitimacy and make the school a more attractive place for the young Brazilian, who is now dealing with the choice between staying in school or entering the job market early.

Teacher training policies in Brazil, which have privileged theoretical over practical knowledge, are in dire need of change. The new curricula require skills and competencies for which many teachers have not been prepared. Because of that, it is essential to advance in strategies to attract, develop and retain the most talented students in the teaching career; and lastly that the teaching systems, both public and private, rethink their strategy of continuous training and that other agents complement the offer of teacher training courses.

Against all odds, I still hope that my students, fellow teachers, and families realize their importance in becoming political/social agents in their communities and that they feel empowered to engage in the struggle for a more participative, equal and just society. We have the opportunity, this October, to begin a process of political renovation – a necessary path to initiate a new cycle based on representation, diversity, and dialogue between political parties and society. Only then will we have a chance of developing long-term public policies based on the idea that quality education can generate, amplify and distribute opportunities for all.

Pedro Sarvat is a member of Ensina Brasil and teacher at E.E Élia França Cardoso and E.E Teotônio Vilela, both schools are in Campo Grande, Mato Grosso do Sul, Brazil.